Home » Home clean » How to remove fishy smell in the house

How to remove fishy smell in the house

Fish is one of the most nutritious foods for our body. In fact the fish provides valuable substances, such as proteins, minerals and omega three. These nutrients may vary depending on the type of fish you eat. Very often we avoid cooking fish. Most of the time because the smell of the latter is very strong and unpleasant. The smell that remains is difficult to remove but not impossible. In this guide, through quick and easy steps, we will see How to remove fishy smell in the house. 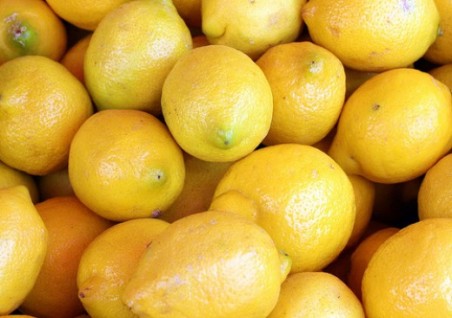 The first important thing to eliminate the smell of fish , is the following. Be sure to remove all traces of leftover food, or the bones and heads. Then throw it all in a well-sealed bag and place it on a balcony, so let odors out. Washed the dishes as follows. Then filled a tub sink with very hot water, washing the dishes and two tablespoons of baking soda . This last one is great for the elimination of odors and the hygiene of the surface. Should you have a dishwasher, storing everything inside. Subsequently sprinkle the inside with a dose of bicarbonate, and finally programmed the longer washing.

Second very important thing, if you have cooked on the stove and in the oven and you have used the hood, the cleanliness of the latter. The smell that absorbs and which releases the hood remains if it is not washed thoroughly, especially the fishy smell. Then removed the hood and replace the cloth absorbing odors or wash it well in hot water , dish soap and baking soda.

After washing the hood, cleanse the floor. When cooking fish, steam and odors affect all surfaces. Then immerse in a bucket boiling water, detergent and then baking. Passed with a cloth and rinse the floor. Finally to complete that remains is to perfume rooms to eliminate entirely the smell of fish. To remove the smell of fish prepared a decoration of rosemary dipping it in a pan on the stove with 500 ml of cold water and 5 or 6 sprigs rosemary . Bring to a boil until the water volume is halved by evaporation. The air will spring the scent of rosemary but also the essential oils it is made. Rosemary is an element widely used in aromatherapy for its antiseptic, antibacterial and energizing.